The subject of online gambling has become a hot topic in Pennsylvania, where three iGaming bills now grace the tables of lawmakers’ desks. HB 920, a measure to legalize and regulate internet poker and casino gaming, was introduced by State Rep. Tina Davis and referred to the Committee on Gaming Oversight—a committee on which she sits as Democratic Secretary—on Monday, April 6, 2015. 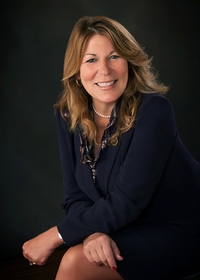 For supporters of online poker and casino gambling in the Keystone State, the abundance of iGaming bills certainly seems like a positive push in the right direction, but as with most things in life, all bills are not created equal. There are a few distinct differences between HB 920 and the previously proposed iGaming bills in Pennsylvania, and they might garner some negative feedback, not just from the internet gaming community, but hopeful licensees.

HB 920 seeks to limit licensees to operators of authorized land-based casino in the state, which is nothing out of the ordinary. However, obtaining a license comes with a $5,000,000 price tag and only lasts for one year. When the first year is up, operators would have the option of extending their license for up to 3 more years at a rate of $500,000 per year.

Furthermore, the iGaming bill would invoke a steep tax rate of 28% on daily gross gaming revenues, nearly twice that of the 15% tax imposed by New Jersey regulators. Much like the Pennsylvania State Lottery, the majority of the levy—85% in fact—will benefit senior citizens by funding transportation services for the elderly. The remaining 15% would be contributed to the Pennsylvania Race Horse Development Fund.

Intended partakers in Pennsylvania online gambling might be perturbed at one of Rep. Davis’ regulatory intentions, which would require players to register their internet gaming accounts “in person at a licensed facility.” When Rep. Mike Gatto introduced similar legislation in California, intense ridicule from all sides caused him to omit in-person registration requirements.

One thing HB 920 is lacking – in a good way, for some – is the mention of a so-called ‘bad actors’ clause. Without specific text prohibiting offshore companies who illegally accessed the US market after 2007, online poker operators like PokerStars and Full Tilt would be eligible to team up with a land-based casino to participate in Pennsylvania’s online gambling market.

Prior to Rep. Davis’ introduction of HB 920, two other iGaming Bills were circulated throughout the political forums of the Keystone State. Earlier this year, Rep. John Payne introduced HB 649, and Rep. Nick Miccarelli served up HB 695.

Rep. Payne’s iGaming bill started out as an online poker only measure, but was later amended to include online casino games as well. It allowed “significant vendors” to apply for a license (i.e. not just land-based casinos), but also included text to prevent “internet cafes” from popping up all over Pennsylvania. Like HB 920, Payne’s version does not restrict ‘bad actors’.

Rep. Miccarelli’s iGaming bill is a great contrast from its counterparts. HB 695 would allow for online poker only, and would invoke a bad actors clause to prevent the licensing of any operator who breached the UIGEA by accepting American players after Dec. 31, 2006.

Pennsylvania to hold Major iGaming Discussions in the Coming Weeks

There are two major hearings scheduled in the Pennsylvania House in the coming weeks. First, the House Gaming Oversight Committee will host a public hearing on Internet Gaming & Mobile Gaming, slated for April 16. Then on May 6, another public hearing on Internet Gaming is scheduled to take place. Positive and negative opinions regarding all three iGaming bills are sure to arise during these discussions.