Any American online poker fan is aware that Delaware, Nevada and New Jersey legalized the activity and launched respective markets in 2013. Other states like California, Pennsylvania and New York lead the headlines as potential candidates for future iGaming regulation. But rarely do we hear much from the southeastern-most state of Florida. 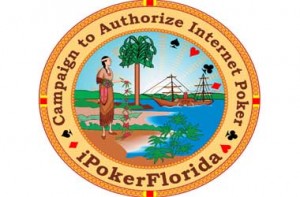 One avid poker player by the name of Martin Shapiro is taking action to change that. Hailing from Clearwater, FL, he started up an online poker advocacy organization in June called iPoker Florida. With virtually no movement in the direction of regulating the activity, Mr. Shapiro is taking his fight for the rights of internet poker players in his home state directly to legislators.

With that said, Mr. Shapiro took it upon himself to draft his own legislative bill, entitled “Internet Poker Licensing and Consumer Protection Act”, a “sensible” piece of legislation aimed at regulating online poker in Florida.

Martin Shapiro is the first to admit that he is by no means a student or master of legal education, but he told PokerNewsDaily that he has “a great ability to read and understand the legalese used to write legislation”.

Having researched many federal and state bills on the matter, he said they all founder in one common regard. They are “greatly lacking in the area of full protections for players”.

Disturbed by this finding, being a longtime poker enthusiast who knows exactly what precautions online players must take, Shapiro decided to draft his own legislation that focuses heavily on player protections.

He started by drafting a federal bill a few years back, but decided more recently to focus on a state-level proposal in Florida.

“My draft bill for Florida is fully flushed out with everything that poker players would want to make a safe and robust playing environment, as well as the regulatory safeguards for vulnerable populations – the underage and compulsive gamblers,” said Shapiro. He also considers his draft bill to be “a model for other states to follow.”

He believes that his legislation will open the doors for vigorous opportunities in the Sunshine State. Home to about 30 land-based cardrooms, Shapiro is certain that the integration of online poker would “make [Florida] a premier destination for poker players and their families, to play poker and to vacation.”

For the moment, iPoker Florida is a grassroots organization, but Shapiro says he and his fellow online poker advocates have reached out to Florida pari-mutuels and internet gaming networks. While moral support has been provided, no brand-able or monetary commitments have yet been made.

Shapiro said the number one goal right now is finding a legislator who will introduce his Florida iPoker measure in 2016. Once he secures a catalyst for the bill, he believes supportive commitments will naturally follow.