Major ongoing arguments in certain regions of the world—particularly the United States—have claimed that online gambling is a hazard to society. One of the main contentions is that it can contribute to an increase in the number of problem gamblers. According to a new study released in Australia, that may not be the case. 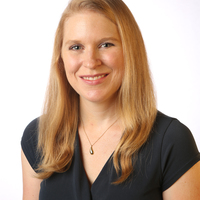 Dr. Sally Gainsbury (pictured right), a Clinical Psychologist with the Centre for Gambling Education and Research at Southern Cross University, suggested that problem gamblers do not develop their habits from online participation. Her research indicated that “disordered gambling” (the official medical term for problem gambling) is most often a product of live betting.

Past research has shown that problem gamblers do use the internet to place bets. However, this new study addressed the issue of origins, revealing that the majority developed their pathological gambling issue in a live setting before converting to online play.

Problem gamblers are just one of a multitude of issues that many opponents of online gambling in the US have leaned upon for support. Some of those other aspects were also address in Dr. Gainsbury’s research, which could easily become an armament to combat those arguments.

Opponents have consistently debated that a prohibition against internet wagering will help to prevent future problem gamblers. Dr. Gainsbury countered that argument as well with evidence to the contrary.

“An analysis across 30 European jurisdictions failed to identify any association between prohibitions against online gambling, gambling licensing systems, the extent of legal gambling opportunities and the prevalence of gambling disorder,” wrote Dr. Gainsbury.

Supporters of internet gaming have often stated that authorizing and regulating online poker and casino games would be more successful in the prevention of underage and problem gambling; a theory that Dr. Gainsbury’s research supports. It would provide a secure, constantly monitored system with the ability to supervise betting patterns and pin-point players who are at risk for developing a problem.

Social Gambling may be more Problematic

Initially, Gainsbury focused her study on the impact of social gaming apps like Zynga Poker on future and existing problem gamblers. Her aim was to discover whether or not free betting simulation games had the potential to proliferate disordered gambling.

In October, while compiling data for her research, Dr. Gainsbury commented on her fear of social gambling apps. “They’re free to play, there are no regulations, they can be accessed by anyone including underage people and the concern is they’re making gambling seem like an everyday activity, something that’s harmless fun.” Gainsbury said that, “Gambling is an entertainment activity but it’s for adults only and there are certainly some significant risks.”